How Long Does Salvia Stay in Your System?

Home » Recovery Blog » How Long Does Salvia Stay in Your System?

Nicole leads a team of passionate, experienced writers, editors and other contributors to create and share accurate, trustworthy… read more 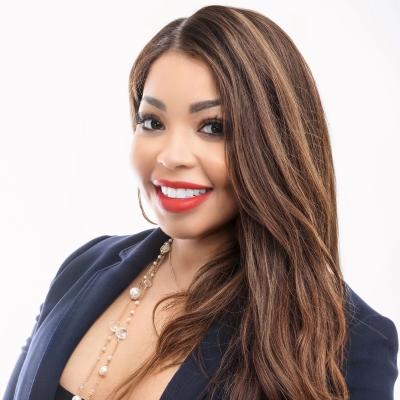 ×
This medical web page has been reviewed and validated by a health professional. The information has been screened and edited by health professionals to contain objective information on diagnosis and treatment of diseases. Contains bibliographic reference sources. If you are a healthcare professional and you find any issue, please reach out to [email protected]
Updated on 08/03/21
Table of Contents

Factors that Determine How Long Salvia May Stay in Your System

The length of time salvia stays in your system varies from person to person. Knowing about the drug can help people get a better understanding of how their body reacts and processes the drug. Salvia is a type of plant. There are a few different types of salvia available. Three of the most common kinds in the United States are:

The half-life of salvia has only been tested in blood. Its half-life is very short — only about an hour. This short window means that salvia does not last long in the body. In comparison, oxycodone’s half-life is between 2 to 4 hours. The short period makes testing for salvia use difficult.

Does Salvia Show on a Drug Test?

Salvia hispanica is also known as chia. The Food and Drug Administration (FDA) says chia is safe and will not cause a high or show up on a drug test. Nor will Salvia miltiorrhiza, which is also known as danshen and is commonly used in Asia as an herbal drug.

Salvia does not show up on most standard drug tests. If someone wants to test for it specifically, the test needs to be specially ordered. Salvia tests are uncommon and expensive. Tests need to be conducted right after salvia use because the substance does not last long in the body. Salvia does not show up in sweat and there are no tests for it in hair. However, it is possible to test for salvia in urine, spit and blood. Therefore, it is useful to know how long salvia stays in your system.

How Long Does a Salvia High Last?

How long a salvia high lasts depends on how the person consumes it. When chewed, a high starts within 5 to 10 minutes. When smoked, a high can start within 30 seconds. A high from smoking can last about 30 minutes. However, the duration depends on how much salvia is used.

How Long Does Salvia Stay in Your Urine?

How long salvia stays in urine is unknown. Most drug tests do not test for salvia in urine. A salvia urine test is rare and can be expensive. The tests that do exist are tests for the active ingredient, salvinorin A.

How Long Does Salvia Stay in Your Saliva?

Just like urine, most drug tests do not test for salvia in spit. Salvia spit tests are uncommon. They can be expensive. Like urine tests, the tests are specific for salvinorin A. How long salvia stays in your saliva is not known.

How Long Does Salvia Stay in Your Hair?

How Long Does Salvia Stay in Your Blood?

Most drug tests do not test for salvia in blood. Like the other salvia tests, this type of test is uncommon and expensive. Blood tests also test for salvinorin A, like the other tests. Based on the fact that salvia is very short-acting, doctors don’t think it stays long in the blood. It is not thought to last longer than about 12 hours in the blood. This belief is based on the drug’s very short half-life, as it is quickly cleared from your blood.

How Is Salvia Used?

The Mazatec in Mexico once used salvia for rituals and healing. In the United States, salvia is not an approved drug and does not have any accepted medical use.

People who consume salvia in the United States mostly chew or smoke the plant. The active part of the plant is then either inhaled through the lungs (if smoked) or absorbed into the cheek (if chewed). It is used for its mind-altering effects. It is interesting to note that if the plant is eaten or drunk, that it does not have mind-altering effects. Doctors think this anomaly is due to how the body digests salvia.