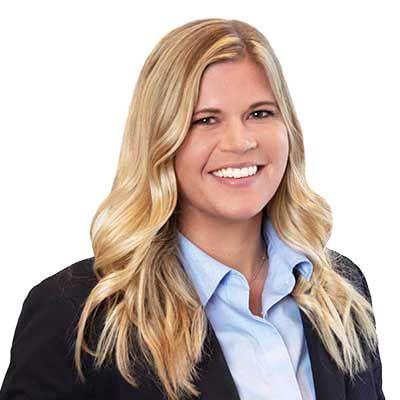 Megan Powell has a duel Bachelor’s Degree from Capital University in marketing and leadership & management. Megan hopes to... read more

Marijuana laws in Ohio differ from one city to the next, and you may be wondering which ones apply to the area you’re living in. Though marijuana is still illegal as a Schedule I controlled substance, some districts have created policies that reduce penalties for possession.

Additionally, the U.S. House of Representatives recently passed a bill that would decriminalize marijuana across the entire country, which would change the legal landscape in Ohio and many other states. While decriminalization may have several benefits, it might also create greater hardships for people recovering from marijuana dependence and abuse.

Laws Regarding Marijuana in Ohio

Currently, recreational marijuana is illegal in the state of Ohio. However, lawmakers legalized medical marijuana in 2016, allowing residents to take the substance for various health concerns. Further, over 20 jurisdictions in Ohio — including Cleveland — have reformed laws to reduce penalties for marijuana. In these locations, low-level possession will be met with the lowest penalty allowed. Elsewhere in Ohio, marijuana possession is a misdemeanor offense that can lead to jail time and heavy fines.

How the Federal Decriminalization of Marijuana Could Affect Ohio’s Laws

The Marijuana Opportunity Reinvestment and Expungement Act, or MORE Act, would remove marijuana from the controlled substances list and eliminate related criminal penalties. Though it has passed in the House of Representatives, the Senate must still vote to make it into law.

Possible Effects of Marijuana Legalization on Those with Marijuana Dependency

Proponents of the bill believe that decriminalization would help fix many issues created by the war on drugs, which primarily affected communities of color. One upside is it would allow people with nonviolent marijuana-related offenses to have their records expunged, and they would be able to use federal benefits again. Taxes from marijuana sales would also be placed into a fund that helps support areas affected by the war on drugs. Underserved communities may receive expanded mental health services, addiction recovery resources and other tools.

The First Step to Recovery

The media and popular culture often seem to glorify marijuana, but using the drug can lead to a variety of issues. It can affect brain development in young people, and some research suggests that marijuana use can increase the risk of mental health conditions like anxiety or depression.

Marijuana abuse and addiction can be difficult to address on your own, but help is available at The Recovery Village Columbus. Our multidisciplinary team of experts provides evidence-based care to help people recover from addiction as well as any co-occurring mental health disorders. Contact one of our caring representatives today to learn more about treatment programs that can work well for your needs.

Medical Disclaimer: The Recovery Village aims to improve the quality of life for people struggling with a substance use or mental health disorder with fact-based content about the nature of behavioral health conditions, treatment options and their related outcomes. We publish material that is researched, cited, edited and reviewed by licensed medical professionals. The information we provide is not intended to be a substitute for professional medical advice, diagnosis or treatment. It should not be used in place of the advice of your physician or other qualified healthcare provider.

Call today to get the best treatment options.